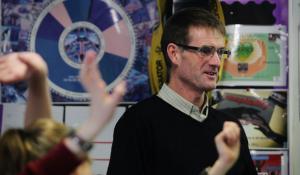 Features editor Claire Allison looks at what male teachers are dealing with, and why more aren’t entering the profession.

When a teacher is revealed to have been sexually abusing students, shockwaves go through the affected community, and questions are asked about how it could have happened.

Just over a week ago, Pamapuria School deputy principal James Parker pleaded guilty to 49 charges of indecent assault, performing an indecent act and of unlawful sexual connection. The offending took place over nearly eight years, up until his arrest.

His arrest in the small community south of Kaitaia, and subsequent revelations that red flags had been raised for some years, has led to hard questions being asked, and much commentary on who and what failed to keep children at the school safe.

It puts the spotlight on vetting procedures, the responsibilities of school boards of trustees and principals and, once again, on male teachers.

In the wake of that case, the primary teachers’ union NZEI (New Zealand Educational Institute) issued guidelines for physical contact between teachers and students. While the guidelines were not gender-specific, it was always tacitly accepted that they were more relevant to male teachers than females.

The first set of guidelines, developed in 1998, directed teachers to avoid inappropriate physical contact, and listed “appropriate contact situations” as those involved in physical education, first aid and physical restraint. The position was that any physical contact could be misconstrued and such misinterpretation could lead to anything from discomfort to criminal charges against the teacher.

The updated guidelines now state that: “Building a positive and caring learning environment will involve some physical contact with students/children. NZEI encourages all schools and centres to discuss situations in which physical contact might occur, and to form procedures about these so that everyone in the learning community is clear about what guidelines and boundaries are acceptable in which circumstances.”

Christchurch College of Education lecturer Penni Cushman wrote that: “For male teachers, any allegation of inappropriate conduct usually has devastating effects on their career, health and family. Even if the allegation is false, a question is likely to remain in many people’s minds, and the person’s future interactions with children are likely to be closely monitored.”

Male teachers are already in the minority. Education Ministry statistics show that nationally, female teachers outnumber men by about two to one. At a local level, in the Timaru district, men make up just 29 per cent of the teaching staff at state and state integrated schools. The percentage of male teachers is slightly lower in the Mackenzie and Waimate districts.

In general terms, men are more likely to be found teaching at secondary school level, rather than at primary schools or in early childhood education.

Reports show that figure has been in decline; some 50 years ago, the percentage of male teachers was more like 43 per cent. One researcher suggested that reflected a change in the dynamic of schools; from being hierarchical and teacher-centred, to nurturing and child-centred.

A 2004 research paper by educational consultant Ian Livingstone looked at the decline. He wrote that in the 10 years between 1992 and 2001 the total numbers enrolled in primary teacher education institutions in New Zealand almost doubled, but the proportion of men remained relatively constant at around one-fifth of the number of women.

He referred to one study that found relatively few men applied for primary teacher education because of three main concerns:

physical contact with children (exacerbated by the high media profile given to sex abuse cases) the perceived lowly status of primary teaching as a career the unattractive salary offered to primary teachers, more particularly prior to the securing of pay parity with secondary school teachers in 1999.

Jonathan Young isn’t convinced that the physical contact issue is the main driver of the declining number of men considering a career in teaching, although acknowledges that there is an underlying awareness of it.

With some 20 years’ experience, Young is a senior teacher in the senior school at Timaru’s St Joseph’s, and says the overriding principle for all teachers – male and female – is ensuring that both the teacher and the student are safe, and a lot of that comes down to common sense and good teaching practices.

He doesn’t see the way male and female teachers deal with children as being very different.

“I know the female staff I work with have similar ideas about keeping themselves safe. The boss would never interview a child in her office with only her there; there would be another staff member in there or at the very least, the door would be open and the secretary close by. In general, people need to be just very aware of following those protocols that will keep both the teacher and the student safe.”

Fellow teachers not long out of training have advised that the issue is well covered.

“All the way through college, they were prepared around how they could make sure they were safe in and out of the classroom.”

Young says teachers are well aware of the impact an allegation could have.

“It doesn’t happen very often, but unfortunately it has happened, and I can see how it might happen. Parents with an axe to grind could use a scenario that may or may not be true, to get back at a teacher . . . and we’re aware of a young secondary school teacher who left the job; an accusation was made against him, it was proven to be baseless, but he left, he didn’t want to go through that again. His career was ruined only on the strength of an accusation.

“Every teacher would tell you that they need to be sure what they’re doing can’t be misinterpreted.”

Young says teachers have to develop a relationship with their students, but that relationship has to have well-defined lines, and will depend on the personality of the teacher and his or her students.

“Teachers like myself, who are a little older, would probably go to the extreme . . . be stricter in our approach, rather than softer.

“When you’ve been doing the job for a few years, it’s how you go about every day, it just becomes part of your teaching practice, you don’t necessarily dwell on it beyond that. I don’t think people have this fear in their mind, it’s just about making sure that the student is safe and you are safe.”

Young accepts the suggestion that female teachers may be more comfortable with physical contact in a nurturing sense, but says that would be similar to the difference in response from men and women in many situations; for example, in a public playground.

“If you asked the question of the average male on the street, what degree they would comfort someone in a public area, it wouldn’t be a whole lot different to a subset of teachers.

“If a child was distraught in the playground, I wouldn’t hesitate to offer comfort, but it’s got to be within the boundaries of safety. If they’re hurt, I might hold their hand and take them to the sick bay. I wouldn’t leave a kid outside on his own while I looked for a female teacher.

“It’s not something you see happening in the playground every day. If you need to offer a child comfort, there are a lot of ways you can do that; you don’t necessarily have to put your arms around them. Thinking about how I have seen other male colleagues dealing with playground incidents, holding hands, sitting down beside a child . . . I’ve never thought of my response or any other male response as being abnormal or unfeeling.”

It is, of course a long bow to draw, linking the offences of a paedophile with the actions of a male teacher comforting a child who has fallen in the playground at school, and Young says he would like to think that behaviour such as Parker’s – including inviting his pupils to stay overnight at his home – couldn’t happen regularly or easily.

“I can’t imagine a situation where that would ever happen here, too many people would object. Even if it wasn’t to that degree, someone would say, this is not appropriate.”

Young is more inclined to point the finger at some of the pressures of teaching for putting men off choosing it as a career.

“You’re in the public eye, accountable to parents and the Government . . . you can have a whole lot more stuff piled on to us or taken away from us. You’re going to face a lot of change in a short time in your teaching career, and some of it you’re not going to deal very well with.

“It’s a very rewarding job, but the money’s not great for what we do. It’s a hard job, and there are too many hats required; social worker, probation officer, psychologist, teacher, counsellor. And we are good at a few of them, but not great at a number of them.

“The longer I am in the job, the more I think expectations on teachers are wholly unrealistic. And teachers are inclined to try to do the very best for the kids in their care, but it means working extremely long hours, weekends, and neglecting family. And I think a lot of teachers are like that, not just the odd one or two.

“So I think for men, they don’t know about the rewards, but they see all those things, and the type of people we want in teaching are well-suited for other high-paying professions.”

Young says the physical contact issue wouldn’t be a reason to put a young man off teaching.

“If I was to consider a career move, one of the reasons wouldn’t be because I’m scared of being considered a paedophile.”