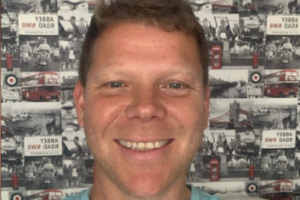 A male childminder has opened up on the prejudices encountered by men in the childcare industry.

Leigh Walker says that men who choose a career in childcare often face additional hurdles in comparison to their female colleagues due to the stigma of a man working with young children. He began working as a childminder nine years ago and has steadily built up a good reputation within his local community but that has not been without its challenges.

Speaking to the Liverpool Echo, Leigh, 43, said: “There is a stigma around men in childcare. I think people see us and say ‘Why is he not doing a proper man’s job?’ As we know now there are no male or female jobs.

“When people ring up looking for childcare and they ask for Leigh Walker a lot of the time they think it is a woman but as soon as I answer the phone they just hang up. I understand there are not many of us and I get where it comes from because when I first started childminding it was hard.

“As time has gone on I have made contacts through childminding networks so I am doing well. But it is still there in the background and sometimes I have to work twice as hard even though I do the same job.”

Unsurprisingly, males are underrepresented and recent figures suggest that men make up less than 2% of the childcare workforce. Leigh believes that this can have an adverse effect on children, and especially boys.

Leigh, from Aigburth, Liverpool, also runs weekly yoga classes for children and other childminders. He said: “We need more men in the childcare sector full stop. When I first started out I did some training in a nursery and the way men work and women work can be different. When I was there they told me more men were needed as we understand what boys are going through.”

peaking on his experiences as a childminder he said: “If I can do my little part to help children to go onto the future with better mental awareness it gives you a purpose. If one day one child remembers one little thing I have done then I have done a good job.