on March 10th, 2010 Posted By BG in World News
by Aislinn Simpson - Telegraph 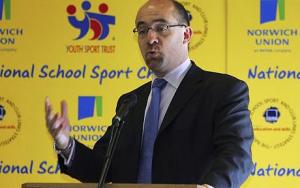 More than a quarter of England’s primary schools do not have a single male teacher, it has emerged, with 4,587 school staffrooms populated solely by women.

The figures are despite a multi-million pound Government campaign to encourage men back into what is now seen as a “feminine” career.

Men also tend to shun working with younger children over fears they will be accused of paedophilia, but experts say it is vital for boys – many of whom do not have a father present at home – to have positive male role models as they grow up.

For many young men, the lack of male teachers at primary school means they do not have regular contact with an adult man until the age of 11, when they go to secondary school.

The figures, released under the Freedom of Information Act, show that more than a quarter of all the 17,357 primary schools in England do not have a single male teacher.

Some counties, including Hertfordshire, Derbyshire, Essex, Surrey, Hampshire, Lancashire, Norfolk and Cumbria, have more than 100 primary schools where there is not a single male teacher.

Teacher training colleges are still admitting three women for every man, and the men that do train mostly go into secondary education.

The latest revelation follows research by the Government’s Training and Development Agency (TDA) that found that almost half of men believed that male primary school teachers had helped their development.

Of the 800 adults surveyed, a third had been challenged to work harder because of men in their primary years, while half said they had been more likely to report problems such as bullying to male teachers.

The TDA also found that 83 per cent of parents and 76 per cent of boys want more men teaching in primary schools.

“People expect male teachers to fit into one of two stereotypes: sporty and practical or effeminate and ‘therefore gay’,” he says.” I am neither, so I’m in a sort of uneasy third place. People can be suspicious of your motives and feel they need an explanation, which they don’t with female teachers.”

Tanya Byron, child psychologist and presenter of BBC’s Little Angels, believes the Government needs to do more to reverse the decline.

She said: “There is a paranoid, over-the-top concern about paedophilia and child molestation – that it is not safe to leave children with men.

“Our anxiety does ultimately discriminate against men. This puts men off working in primary schools because they are concerned about how they will be viewed and what parents will think of them. We have to challenge these negative and unhelpful belief systems.”

Although a Durham University study recently revealed that the presence of a male teacher does not improve boys’ grades – which have fallen significantly below those of girls in recent decades – they are vital for their overall development and to make clear that learning is not a “feminine” virtue.

Miss Byron said: “Male primary school teachers can often be stable and reliable figures in the lives of the children that they teach. They inspire children to feel more confident, to work harder and behave better.”

Schools Minister Jim Knight insisted the situation was improving. He said: “There has never been a better time to be a teacher with pay at record levels; more support staff than ever before to free them up to focus on the classroom; better facilities; and schools given full power to impose discipline – but we know there is more to do to take on a long-standing and completely false perception among some men that primary schools don’t offer as demanding a job as secondary schools.

“The Teacher Training and Development Agency’s more direct and male-centred recruitment campaigns are helping to get more men in the classroom – and we are starting to see more male applicants come forward in the last year.”