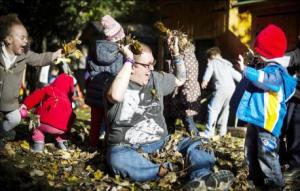 A new scheme has been set up to help encourage more men to enter the childcare profession in Lancashire.

The Lancashire Men in Childcare Network has been established by Andrew Clifford, managing director of the First Class Childcare Group, which has bases in Barrow, Whalley, Accrington and Clayton-le-Moors.

The group will hold it’s first meeting tomorrow at the Dunkenhalgh Hotel in Clayton-le-Moors from 1.30pm to 4pm.

The network is also planning to work alongside other emerging groups in London, Southampton and York.

The new group, which will see around 25 people at it’s launch event, is aiming to support existing male colleagues by providing a bi-monthly professional support network and to encourage people and early years settings to support men in their workforce through mentoring.

It will also aim to raise awareness of and be a key advocate for the role and value of men in childcare both in Lancashire and across the country and to develop links with local schools, colleges and other agencies to promote early years as a career option for both young men and women.

Mr Clifford said: “In Lancashire only six per cent of people who work in the profession are men.

“Nationally that comes down to two per cent and we want to try and address that.

“We are a million miles away from an equal split and we are not saying that we will get to that stage but we want the profession to be more representative of society.

“It’s about challenging accepted norms and promoting the profession as a career choice and clear pathway for young people.

“We want to build strong links with schools and providers to encourage more men into the profession.”