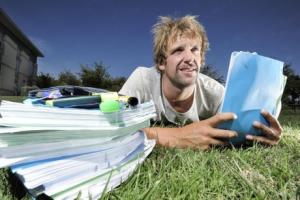 Children are missing out on positive male role models because of a shortage of men wanting to become teachers.

Bay schools have spoken out about their struggle to attract male teachers as local training centres record low numbers registering for courses.

The Bay of Plenty Times has learned of at least one primary school with no men on the teaching staff this year.

Papamoa’s Golden Sands has had male teachers before but all 15 this year are women, said principal Mel Taylor.

“I don’t really know why. I guess it’s potentially an area that some people just aren’t interested in.”

As a general rule, the percentage of male staff at any school was 10 per cent “at best”.

When the two-year-old school began searching for staff, three of about 70 applicants were male.

She said there were some “wonderful” men coming through teaching college but it was hard to attract males at primary level.

A long-standing public perception of male teachers having “poor intentions” could be one reason, she said.

Latest New Zealand Teachers’ Council figures reveal that of more than 100,000 registered teachers with practising certificates nationally just over 20,000 are male. The council could not provide regional data.

Bay of Plenty Polytechnic and University of Waikato teaching courses continued to be dominated by women but three males had enrolled in the polytechnic’s Early Childhood Education course for the first time in four years.

Tutor Ngawaiata Sellars said: “It’s really cool to have some males enrolled. They bring a different perspective to teaching. They’re role models for young boys and male teachers just get what’s going on for the boys.”

The Early Childhood Council (ECC) estimated that of the 1100 centres it represented, 2 per cent of staff were male, but Mrs Sellars said men were “just as good” at looking after young children as females.

“There has been a stigma around males about sexual abuse in the classroom but the truth is it’s just as much females as well as males. I think that [perception] is changing a bit now though.”

About 180 university students graduate each year with a Bachelor of Teaching qualification, and 44 males have graduated in the past three years.

“Quality teachers are the most important rather than gender. However, it is valuable to have a range of teachers so students may relate to them. Different students relate to different teaching styles and personality,” she said.

Joy from working with youngsters

The 26-year-old Mount Maunganui man is in his final year of studying a Bachelor of Teaching through the University of Waikato, at Windemere campus.

“I’ve heard it a lot from people saying I’m going to find a job really easily but the truth is schools are going to hire someone who’s a quality teacher, not a male just because they need male teachers,” he said.

Mr Newton did not know what he wanted to do when he finished school so coached surf lifesaving, which he was already heavily involved in as an athlete.

He enjoyed working with children and worked for two and a half years with the Foundation for Youth Development, which operates life skills and values programme KiwiCan. It was there he discovered he loved teaching.

“I didn’t realise I wanted to be a teacher at the time but after working for a while with KiwiCan and being involved with a lot of schools, I found I really enjoyed it. A lot of the teachers said I should become one so I decided to take a risk and get into it.”

He had not noticed any stigma about getting involved in education and he found people supportive.
Mr Newton speculated some men might not want to teach because of past negativity, although he believed a bigger reason would be paperwork.

“I think a lot of men would love to be able to just go and teach but there is paperwork involved like marking and planning and I think this might make some men turn away from the job.”

Mr Newton is excited about his career.

“Primary school is a time when you can really help make a change in a young person’s life.”

So, is there a solution in sight?

The Early Childhood Council is actively campaigning for more male teachers and trying to change the negative stigma attached to the industry.

But the University of Waikato and the Bay of Plenty Polytechnic are not actively trying to recruit more male teachers. The university says the problem has been around “forever and a day”.