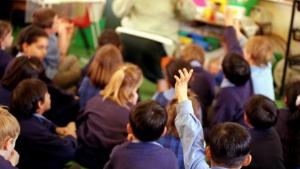 Women today can do any job, so why do we still see large numbers of women workers in childcare kindergarten and other early childhood services?

Answers to this question usually go along the lines of: “it’s a job that women are best suited to” and “what man would want to work with children anyway?”

Diversity and equal employment opportunity policies have opened the door for women in traditional male occupations and boardrooms, but have clearly not made as much as, even a scratch, to the stereotypes pervading early childcare work.

Just under 98 per cent of all staff working with children in any Ministry of Education licensed early childhood service are women – 24,788 females to 494 males.

The early childhood sector thus provides a strong example of occupational segregation which contributes to and helps to explain the gender pay gap in our society and acts to restrain the full utilisation of women’s and men’s talents across the economy.

No government or minister of education has done anything about it, the Ministry of Women’s Affairs has been unconcerned, and the Ministry of Education is still lazily brushing the teacher gender issue under the carpet.

“It has been confirmed by the Human Rights Commission that we cannot discriminate through affirmative action or by providing scholarships on the basis of gender, because men are not a disadvantaged group,” the senior ministry official was quoted as saying.

I thought this was a rather strange reply, but wanted to learn more so I asked the senior official for a copy of the advice the ministry had received from the HRC. Instead, my request was put forward by the official to be considered under the Official Information Act and two months later and well outside the up to 20 working days allowed by the act, I received a reply.

This revelation could be seen as quite shocking, but it characterises the political stance that has been taken for a long time to preserve gender stereotypes and hence maintain early childhood education as a low paid and low status job.

Back in 2006 the Minister of Education Steve Maharey, was asked by a TVNZ Sunday programme reporter “does it bother you that there are so few men (in early childhood education)?”

The minister replied: “Yes, it does worry me. The recruitment material at the moment is overwhelmingly dominated by women because that is who is in the sector. What we have to do is re-present this sector in education as something that is a good place for men to go and that is what we are beginning to do. We are producing material now that portrays men in the setting”.

The reporter asked, “when are these DVDs coming out?”. The minister replied, “pretty much in the next month or so”. The reporter’s voice-over said to the viewer, “Well, that was not quite right, the minister said that six weeks ago and the ministry says the DVD won’t be out until the end of the year and yes there will be a few blokes but the ministry says this is not a male recruitment drive”.

In 2013 I wrote to the Minister of Education, Hekia Parata, and asked what she and the Government would be doing to address the issue of gender balance in the early childhood education workforce.

Parata in effect replied that she was unconcerned and would be doing nothing in saying thank you for the letter and only that the Government had set a target of getting 98 per cent of all children into early childhood education by 2016 and was focusing on that.

There is opportunity as we enter election year for opposition parties, if they have the courage, to really challenge and embarrass the government on this issue on behalf of women, men and children.

But really why can’t those holding office and officials providing advice see that the issue needs to be picked up?

It can’t be concern for child safety that is holding back change. The case that led to hysteria and much discrimination against men working with children, the Christchurch City Council centre case was over 20 years ago. Early childhood teachers today undergo police checks and there are rules and procedures in place in centres to mitigate risk.

A national survey of early childhood services and teacher educators by the ChildForum Early Childhood Network showed strong support for more male teachers in the sector. Not only was it perceived that a better gender balance would benefit children’s learning outcomes and the quality of early childhood education children receive, it would also improve staff team dynamics and bring in different perspectives.

Men are welcome in early childhood education and it is time for our political institutions and leaders to stop being resistant to putting in place policies and targets to improve gender diversity in the sector.

Dr Sarah Alexander is chief executive of ChildForum in NZ, a parent of 5 children, former early childhood teacher and university academic, and an internationally recognised expert on men in teaching.