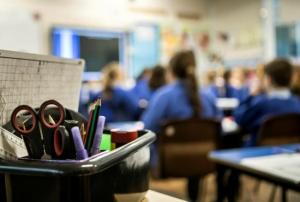 Of the 1,342 secondary school teachers in Bolton whose gender was listed in the School Workforce Census last year, 444 were male.

That meant men made up just 33 per cent of the workforce, compared with 38 per cent a decade earlier.

The proportion of male teachers across all of the area’s schools, including primary, nursery and special schools, was even lower, at 27 per cent.

Across England the proportion of male black and minority ethnic male teachers has risen to 17 per cent.

Joshua Fullard, author and senior researcher at the education policy institute, said: “While the Covid-19 recession has boosted teacher applications, this has had no effect on the gender diversity of the school workforce, which is still heavily dominated by women.

“Evidence suggests that when a teacher matches the background of their pupils, this can help to improve pupil outcomes.

“It’s therefore encouraging that despite the overall decline in males, we have seen a rise in the proportion of BME male teacher.”