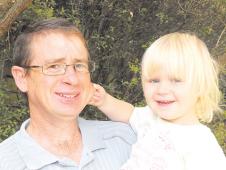 Employers and a lack of policy are to blame for the shortage of male teachers in early childhood education, says a leading ECE expert.

Dr Sarah Farquhar, the national coordinator of ChildForum, has spent many years researching the role of men in ECE.

She says there are plenty of men wanting to work in early childhood education, but the main barrier for them is to get a position in a centre.

“There’s a lack of direction for employers on the fact that they have the power to change the sector.”

This starts with advertising a position, Dr Farquhar says.

“The job advert should say ‘men and women’ can apply, but there is no overt suggestion that men can apply.”

Dr Farquhar thinks employers are not consciously thinking about this, which “suggests entrenched sexism”.

“Employers that do employ men tend to do it because of their own commitment, their own desire to provide equal employment opportunities and to have staff that represents society, a society that represents men and women.”

She says employers are not receiving any direction on this matter and suggests the council’s lobby groups give advice on its direction.

“There are men out there who could be encouraged to put their name down for a position if they would know that men could apply.”

Dr Farquhar says policies need to be in place to overcome the issue, suggesting that one of a centre’s staff members should be male.

Adam Buckingham, committee member of the support group Men in ECE, supports males who choose a career in early childhood.

As an early childhood teacher for the past ten years, he says centres sometimes do not welcome men.

“Some are not comfortable with having a man in their environment, some are really supportive and have two men working in one centre.”

The cost of training is the biggest problem, he says. “For many men, it’s a second career. They have a family and it’s a big burden for fathers who want to work in early childhood education.”

But learning on the job is becoming more popular, he says. Men can work two to three times a week at a centre while studying.

“A lot of men spend time in a centre voluntarily. That’s what I encourage them to do. If they can’t be a teacher, at least what they can do is go in there and be positive role models,” he says.

A look at history & how we compare

Less than two per cent of men make up current teacher numbers in the sector. A survey in the early 1990s outlined three factors for the lack of men in ECE: the lack of status in a female-dominated workforce, the fear of being accused of sexual child abuse after the Peter Ellis case, and the huge cost for the three-year-long training.

Despite a slight upward trend in male teachers since 2007 – a TVNZ documentary following a ChildForum report and the organisation’s first national summit to bring men in ECE together outlined the issue and sparked political commitment at the time – NZ still compares badly to other countries.

Denmark, Sweden, Scotland and Norway are world leaders in the field, with 10 per cent of Norway’s ECE workforce being male.

The countries have policies and targets in place, and funding is put aside to recruit men in ECE.

Since 2008, the Men in EC (NZ) network provides regional support groups for male early childhood teachers. Numbers are increasing, largely due to the support of men providing for one another.