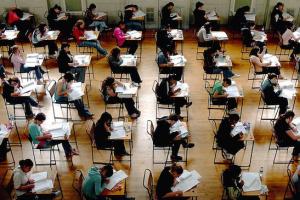 My form teacher during my final year of primary school was called Dr Knight. A brilliant man who remained stoic when my friend tried to glue him to a chair, his specialism was maths. Twenty years later I can still recite the “fractions rap” he taught us: “If you’re adding or subtracting then sooner or later/ You gotta change to the same denominator (let’s get to the bottom of this baby…)” Dr Knight was one of three men who taught me in primary school: the others taught the “manliest” subjects — PE and design technology. We did, however, have a male headmaster — in teaching, as almost everywhere, men are over-represented at the top.

Compared with many primaries today, four male teachers is pretty good going. Although the latest data from the Teaching Agency showed that men now make up nearly a fifth of trainees, the last stats from the General Teaching Council for England — before it was closed three years ago — showed a quarter of primaries had no male teachers at all.

Where are the high-profile calls to change that? Surely the yin to the yang of the campaigns to get more women into the boardroom has to be more men in the classroom? An all-female teaching staff implies that you’ve missed out on half the available talent just as much as an all-male executive class does.

Laudably, when the Women’s Equality Party launched its manifesto last week, one of its pledges was to try to encourage more men to teach in primary schools. You’d think the benefits of mixed staff would be obvious. The Department for Education has raised concerns that bad behaviour will rise among boys who lack male authority figures. But male primary teachers don’t just provide role models for boys, many of whom lack one at home, they provide an example — for both sexes — of a man in a caring role. There’s still a patronising habit of treating men as though they can’t be trusted with children, that it’s a miracle more of them don’t accidentally set the dishwasher off with a child in it.

Writing in Schools Week this week, Jonny Walker, a male primary school teacher in east London, argued his job was actually “quite cushy”. His sex makes him more visible and he’s more likely to be promoted. But what he didn’t touch on was that it can also leave him subject to strange, sexist prejudices.

A few years ago, a male acquaintance who has an extraordinary gift with children left a job in the City to become a primary school teacher. When I told a female friend about his career change, imagining she would applaud it, she instead looked aghast. The root of this was paedo paranoia: she believed only male child abusers would be drawn to teaching the under-11s. I thought she was rare in holding such a mad belief but I’ve since heard others echo her sentiments. It even comes up in studies on why men are put off teaching.

A lack of male teachers is part of a broader problem, of course. Society still pushes men towards “money” jobs, telling them that their worth should be judged on their pay cheque. Still, we’re stuck in a system that sees men predominantly as “providers” and women as “carers”. But we’ll never end the culture of jobs for the boys without also tackling the idea that there are jobs best left to the girls.