on December 30th, 2013 Posted By BG in World News
by Letizia Orlandi - West 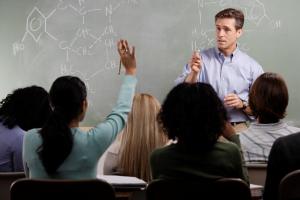 In France, male teachers are disappearing, especially in kindergartens and primary schools, where they now make up less than 18%. The percentage of male teachers is slightly higher in junior and high schools. This has been a trend for at least 60 years and at national level, only 30.8% of staff in public education are male. Why do men allow women to dominate teaching? asks Dares, which publishes the data?

The answer is simple: the disappearance of men is directly proportional to the decrease of the social prestige of the figure of the teacher. Starvation wages, when compared to those of other state employees, a lack of career progression and low social status, seem to be the reasons that make men reject this profession. Not to mention the tradition that teaching is perhaps one of the few occupations that allows females to successfully combine life and work. However, male dominance magically reappears in universities, along with prestige and high salaries. Suffice to say that only 36.6% of the researchers are female.