on July 18th, 2013 Posted By BG in World News
by Yasmine Phillips - The Sunday Times 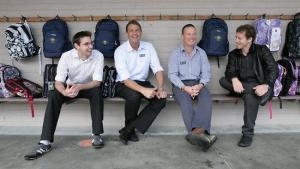 Salaries of up to $99,000, 12 weeks holiday and the chance to shape the next generation: they’re the selling points that will be put to WA students to boost the number of men taking up teaching.

In the wake of new lows in male teacher numbers, Education Minister Peter Collier met the heads of the Catholic and public primary school principal bodies this week to map out a plan to stem the exodus.

Mr. Collier said the state’s brightest teachers would be sent into schools to sell the profession to high school students.

He said the teachers would correct misconceptions about the profession, including that it was low paid. Graduate starting salaries would be $60,545 from December.

“My view is we have to market (teaching) and I just don’t mean an advertising campaign,” he said. “I mean getting out there and marketing it within our school environments and that’s what we’ve come up with.

“It’s the best job on Earth. There are so many positive attributes to a teaching career. Our teachers are now the highest paid in the nation, the conditions are really good and there are a raft of different opportunities.

“And the rewards (are) every day you’re dealing with a group of children who have got energy. You can make a seismic difference in terms of the direction those kids take,” he said.

The latest statistics show men make up 12.21 per cent of teachers in public primary schools and 36.5 per cent in secondary schools. The figures do not include deputy principals and principals.

Men represent 19.72 per cent of the teaching workforce in all public schools, compared with 21.44 per cent five years ago.

Mr Breen said it was the first step in turning around “scary” statistics.

“It’s one little cog,” he said. “Once people start retiring, I think the percentages will be worse. The next issue will be how do we target the people in other professions who want to come in as career-changers.”