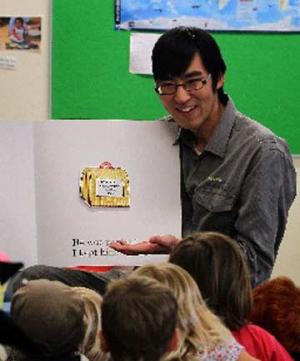 In a woman-dominated profession, man-power is strengthening at Timaru early childhood centres and primary schools.

And although the numbers are still small, Timaru schools are happy with the number of male teachers on their staff.

Garden Grove Montessori Preschool has one male teacher and licensee Christine Kirkeby said historic perception was what was turning away male teachers.

“Traditionally a female role, it would be really daunting for a male teacher. They would need to be really supported,” she said.

“They add a really cool perspective and richness to what we do.”

Kevin Yang, 28, has worked at the Active Learners Early Childhood Centre since December.

After deciding that working in a factory was not the career path he wanted, he did his research and decided early childcare was a good option.

Mr Yang thinks there should be more male teachers. “Single-parent families can’t access male role models if there are no males in the family or at schools.”

The South Canterbury Free Kindergarten Association has 10 kindergartens in Timaru, but no male teachers.

Creative Corner Early Learning Centre does not have any male teachers but manager Angela O’Connor said it would be great to have more male applicants. But it was the quality of the teacher that counted.

“Each teacher stands on their on merits. We wouldn’t sacrifice quality for gender.”

There are few male teachers in Timaru primary schools.

However, St Joseph’s School principal Carmel Brosnahan-Pye said they were quite well off with two men on their teaching staff.

“I think it’s good to have a balance in schools, so kids can have good role models.”

Timaru South School has three male staff members, which was among the most principal Mike Hogan had taught with.

“At the end of the day you want the best teachers [with], a good mix gender-wise, age-wise and interest-wise.”