on December 30th, 2018 Posted By BG in World News
by David Mackay - The Press and Journal - Scotland 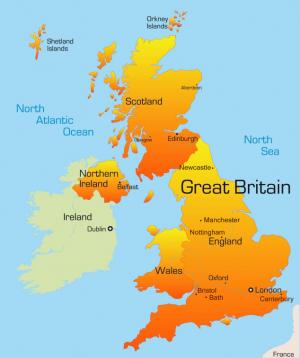 A course is being launched in the north of Scotland specifically aimed at encouraging men to consider a career in childcare.

Now Moray College UHI in Elgin has teamed up with the council to provide a course to meet the surge in demand.

It is hoped that the initiative will tap into people considering a change in career and parents who want to return to work.

Sonya Warren, chairwoman of Moray Council’s children and young people’s committee, is eager to see barriers broken down to encourage men to think about working in the sector.

She said: “It’s really important that children have strong male role models when they are growing up.

“There’s a lot of work being done to open up the minds of young women to different careers, it’s important that we do the same for young men too.

“More early learning is a real focus of the Scottish Government to deliver the best for our young people – it’s fantastic to see it creating job opportunities too.”

Similar courses have been run in Perth and Edinburgh for the last five years.

The Scottish Government has committed funding to double the amount of free childcare hours for all three and four-year-olds and some two-year-olds to 1,140 per year from August 2020.

The former Lady Cathcart school in Buckie was reopened earlier this year as a nursery following a £672,000 refurbishment project to help deliver the extra services.

The 20-week course, which will run one evening a week from January next year, will give graduates a SCQF level five qualification.

The content will consider child development and also play and working in a childcare setting.

A Moray Council spokesman said: “With a view to diversifying the workforce in early learning and childcare (ELC), successful Men in Childcare courses have been running in Perth and Edinburgh for five years.

“Of those who have taken part in courses in the last three years nearly 80% of respondents to a final destination survey are now working in an ELC setting or continuing their training in the sector.”