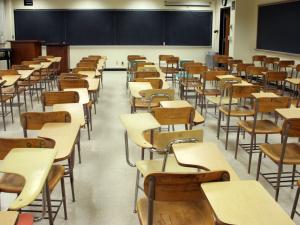 Male teachers are being alienated from working in the country’s primary schools, largely by the societal stigma that portrays them as paedophiles, according to new research.

Nadine Petersen, a professor at the University of Johannesburg’s (UJ) department of childhood education, found in her research that there was an “assumption that male teachers are inherently not to be trusted around young girls and that they must have an ulterior motive in wanting to become foundation-phase teachers”.

Titled “The ‘good’, the ‘bad’ and the ‘ugly’: Views on male teachers in foundation phase education”, her study surveyed 230 students enrolled at UJ for the four-year Bachelor of Education degree specialising in primary school teaching.

The “good”, representing only 5 percent of those surveyed, is that there’s “recognition of the valuable role of male (teachers) in countering the effects of absentee fathers”. The “bad”, expressed by 15 percent of the students, speaks of “various reasons provided for the unsuitability of males as teachers of young children”.

And the “ugly”, a stance among 80 percent, indicates the “dominant association of males with the perception of a threat of sexual abuse and molestation, much of which is attributed to increased media coverage and public awareness of abuse in schools”.

News reports of sexual abuses of pupils by teachers escalated last year. The alleged rape of a boy, 10, by his teacher, 44, in class at a Soweto school triggered public outcry.

The South African Council of Educators (Sace), a custodian of an ethics code for teachers, recorded 104 cases of alleged sexual misconduct, including rape, against teachers between 2012 and 2013.

The UJ research respondents “cited general unease and an unwillingness to accept male teachers in the foundation phase on the part of their communities, indicating that this view stemmed largely from an increasing number of media reports about physical and sexual abuse of children”.

Petersen captured one student saying: “The public in South Africa seem to think that… their children are not safe, especially around male teachers. (The public is) justified for thinking this way as most child abuse is carried out by male offenders.”

But this perception would only shrink the pool of good teachers for primary schools, as it was being perpetuated at a time when there was “growing recognition of the importance of foundation-phase education to the education system as a whole”.

Petersen said, there was a “need for a concerted effort” involving teacher unions, civil society, the Department of Basic Education and Sace “to counter the negative views of male teachers in foundation phase”.

But “certainly, despite the general findings of this study”, she and her colleagues had experienced male students as “enthusiastic and committed young men strongly motivated to make a contribution to the education of young children in South Africa” , Petersen said.

“Perhaps it is through the example of a growing group of brave young men such as these, that public opinion can begin to change.”