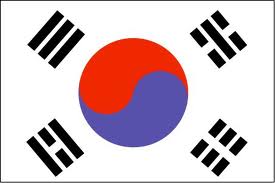 The educational bureau of the city of Seoul push for a quota system to guarantee a certain number of male teachers in primary and secondary schools in an attempt to prevent women dominate the profession, it was learned official sources, Wednesday, March 26, 2008.

In the Korean capital, women represent 83% of primary school teachers, said the Municipal Office for Education (Seoul Metropolitan Office of Education), which intends to propose its revision at the Ministry of Education, Science and technology in the day.

According to Seoul City, the female laying a hand, a problem with male students who do not find teachers in their figures “models” and secondly it generates problems of administrative management.

To reduce the gender disparity of teachers, laws should be revised, which can only be done by the Ministry of Education,” said an inspector of schools in the city of Seoul.

Until now, existing laws make no distinction or restriction on the gender of teachers recruited.

Quotas in education and occupation

In Seoul, dating agencies tout the teachers as the best wives, tied with the pharmacists, and senior officials, men’s side, judges, doctors and sports stars are presented as the ideal husband.

The Department of Education expects to receive the proposal from the municipality of Seoul, said Park Jung-jae, a spokesman for the ministry, adding that no decision had been taken on a quota system.