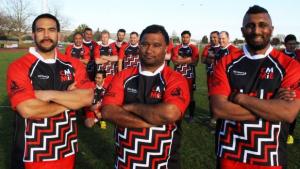 Blokes are strapping on their boots and going from the classroom to the rugby field for friendship and support.

The group formed in May and is one of three such support networks around the country.

Drury School teacher Nick Gage is one of the coordinators behind the initiative which now has 37 members, including six principals, from 19 schools throughout South Auckland.

He decided to get the group up and running after hearing of programme’s success in Waikato and Gisborne.

“I emailed around 60 schools in the Counties Manukau region. We had 15 members at the start… recently it’s increased as guys are telling more people about it now.

“I’m getting good feedback, not just from the guys but from the principals in the area.”

Gage says the lack of male teachers means “we don’t have that collegial support”.

“At my school last year, I was the only male teacher. It’s good for guys to have a chat and a joke around… we all have something in common.”

Sport might be the main focus but there are often discussions about learning and teaching.

When Paerata School principal Luke Thompson heard about the group he thought it was a “fantastic idea” and was among the first to sign up.

“It’s a chance for males in education to chew the fat. It’s fun and social and the guys can be guys… but we’re also being positive role models for our students.”

Hingaia Peninsula School teacher Kreas Padayachee says he gets to meet other teachers in the area while training with the group once a week.

“As a male teacher, there’s not many of us around, so it’s good to have an opportunity for everyone to come together and have a yarn and talk through things we all go through.”

The group had its first rugby clash with Waikato Men in Education.

Their next game is against Counties Manukau referees in September and a match is also being planned against the Parliamentary Rugby Team.

Takanini’s Blacksmith Bar and Direct Group Uniforms have jumped on board to sponsor the team.