on September 5th, 2012 Posted By BG in World News
by Hemali Chhapia - Times of India 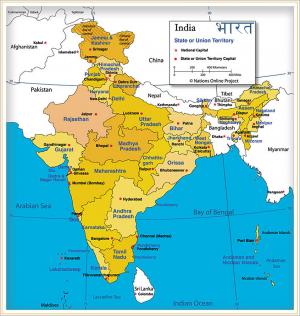 In India, teachers form the third largest workforce among white-collared employees. A point to reflect on Teachers’ Day, Wednesday, is that of the country’s 64 lakh school teachers, 29 lakh are women.

The shift started in the 1990s, when the government launched Operation Blackboard, reserving 50% of jobs in schools for women.

R Govinda, vice-chancellor, National University of Education Planning and Administration (NUEPA), said, “This change has been induced because of government policy. Out of every two teachers a school recruits today, one has to be a woman.”

Interestingly, this is a world-wide phenomenon, and not just restricted to India. ” Yes, feminization in the teaching fraternity has either taken place or is taking place across the world,” the vice-chancellor of NUEPA said.

Psychiatrist Harish Shetty, who doubles up as counsellor for several city schools, said post-industrialisation research has proved that the male role model was increasingly missing from the lives of growing boys. What this means is that at home, the father is away at work most of the time, and in school, the student rarely has a male teacher to look up to.

The trend is likely to intensify. In 2010-11, according to the University Grants Commission, education was the only stream of study to have more girls than boys: 3.24 lakh girls as opposed to 2.64 lakh boys had signed up to take up teaching as a vocation. “At Azim Premji University, we have more female students. But I would say gender has no bearing on the goodness or badness of a teacher,” said Dileep Ranjekar, CEO, Azim Premji Foundation.

But experts warn that the trend may have adverse consequences for boys. Psychiatrist Harish Shetty, who doubles as a counsellor for several city schools, said research showed that male role models were increasingly missing from the lives of growing boys: at home, the father is away at work most of the time, and in school, a boy rarely has a male teacher to look up to.

In the UK, where the male-female teacher ratio is similar, a recent newspaper report lamented the absence of male teachers in education, remarking that students were being raised to become “pansies”. Shetty said, “In most cases, the male teacher these days is only a PT trainer or a music teacher or one who drills maths into you. The only man boys know now is Salman Khan. It is important for them to come across men who are sensitive, men who are family people, men who have feminity.”

But Tripta Trivedi, an associate professor from the department of education, University of Lucknow, has a different opinion. She said female teachers have a more positive and professional attitude than their male counterparts. She found this through a study she conducted.