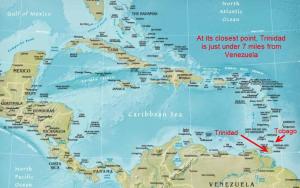 Mendez told the media yesterday at a press conference to launch the Sesquicentennial Anniversary Celebrations of the Arrival of the Holy Ghost Fathers and the Founding of St Mary’s College.

The launch took place at the Archbishop Residence in Port-of-Spain when Fr Mendez noted that, “we are finding fewer, and fewer qualified males. This is somewhat of an indictment.”

Catholic males go on to universities, he said, and seem to move on to other types of jobs, and occupations, but not teaching.

The male who may be qualified and lives in a competitive society like Trinidad and Tobago, he said, will not go into teaching.

At St Mary’s, he said, about 60 percent of the teaching staff is male. At one time it was all male.

“Looking into the future,” he said, “I wonder how long that could be sustained, simply because you do not get males applying to teach.”

Noting that teachers were appointed by the Teaching Service Commission, Fr Mendez said very often there was a vacancy at the school for a particular subject, but there was no teacher on the TSC’s list, to fill that vacancy.

The school has to go and find teachers, and pay them privately until the TSC could fill the vacancy, he declared.

“That is a very serious problem,” he said, “that is plaguing, not only St Mary’s, but all our schools.”

Fr Mendez thinks that money has a lot to do with male teachers moving away from the profession. He noted that the teachers qualifications and starting salary may be on the same level with other professions nationally, but within a few years those working in other sectors would find that their salaries increase “two, or three, or four times” while the teacher’s remain basically the same.