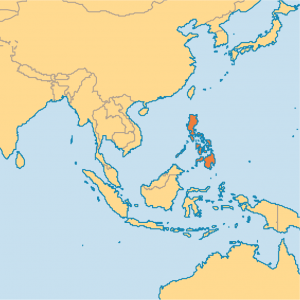 My daughter was clearly excited when she came home from her first day at school last June. In between giggles, she blurted out, in Filipino, what seemed almost like a secret: “Our teacher is male.”

I thought it was a breakthrough that her school had hired a male to handle the main teaching tasks for a Grade 1 class. Before that, for all my kids in their preschools and kindergartens, I’d hear of male teachers only as “coaches” handling sports, but it’s different having a male teacher handling the three Rs and other academic subjects.

My daughter said she and her classmates had mixed feelings when they first met their teacher. They were initially anxious, thinking that a male teacher would be “matapang” (fierce), but they quickly realized he was as “mabait” as their women teachers, mabait here being a combination of kindness and nurturance. She was quick to add though that when needed, he could be quite strict with them, but even when he was strict he was mabait.

When I congratulated my daughter’s school principal about being able to get a male teacher for first grade, she smiled sadly and said they are so very rare and that an even more serious problem than recruitment is getting them to stay, not just in her school but in the country. Our good teachers, male or female, do have an overseas market in countries (like Singapore, Australia, the United States and Canada) where they can get good salaries. I’m not even referring to universities here but to preschools, kindergartens and grade schools.

Last week I mentioned a report from the Organization for Economic Co-operation and Development (OECD) on the quality of education in more than 60 countries. To know how much a society values education, the report notes, one has to look at various indicators such as government budgets given to education, how much media coverage there is of schools and schooling, and, relevant to my column today, an indicator posed as a question: Would you want your child to become a teacher?

One of the directors of my kids’ preschool, a Chinese-Filipino, told me how much opposition she faced when she finished high school and wanted to take early childhood education (ECE). These days, she grumbled, there’s a mad rush to take ECE because of the overseas demand (one which is, I must qualify, drying up now like nursing, so do be careful).

But to take education because you want to stay and teach in the Philippines? You can expect strong parental opposition. Filipinos, especially Chinese-Filipinos, talk all the time about how noble the teaching profession is, but it’s always with a “not my own child, please” attitude.

Having male teachers is particularly important to send a message to young people that education is not a female domain. The lack of male teachers in grade schools is suspected to be one reason for higher dropout rates among boys than girls. This deficit of males also means that the boys who do stay in school are not likely to think about becoming teachers.

But males who want to enter teaching face an even more difficult uphill battle than females. Teaching just isn’t encouraged for males. I attended an all boys’ school and when I entered UP Diliman to teach in 1985, there was only one other graduate of that school who was teaching on our campus. Then in 2005 he left to teach at that other good school on Katipunan Avenue, leaving me all alone!

We were actually from the same class in high school and used to dread going to our class reunions because our classmates clearly saw us as the strange ones. There was only one word to capture how they felt: disdain. A few actually told us we were “gong” (the Chinese word that produced the Filipino “gunggung” or stupid) to enter the teaching profession.

It was the same ordeal going to parties with my parents, whose friends were mostly in business. They would nod their heads in polite acknowledgement of the “professor,” but after a few drinks the men would get quite frank and tell me there was no future in teaching and only “gong lang” (stupid people) stayed on. It became so annoying that I stopped going to parties, more because I was afraid I’d become rude and retort, “So who’s going to teach your children if we all think like you do?”

My own parents were teachers once, but went into business. They’ve always been ambivalent about my teaching, vacillating between pride and concern that I won’t be able to provide for my children. In less guarded moments they’ll even say something like “I hope your son doesn’t end up a poor professor like you.”

Through a lot of hard work, including consultancies, I support the children all on my own, including sending them to good schools. (They’re not in UP Integrated, if you’re wondering, because it’s too far from where we live.) Having the kids forced me to learn to budget, and to invest. But I know it’s difficult for many other male teachers, who will have fewer options income-wise. The gender bias is there: a woman teacher can sell longganisa and insurance policies but men will have more pride and be unwilling to do that.

Non-Chinese Filipino households and communities have a bit more pride about having teachers in the family. My younger instructors tell me about how they have to go home to be graduation speakers at their hometown elementary or high school. There’s more of this pride in smaller towns and in the middle- and low-income strata about the daughter, and son, who became a teacher.

It’s shameful that it’s upper-income families that have so much resistance to having their children teach. It’s hard enough for us to choose to teach, and to stay on, don’t make it harder by going through the rhetoric about taking time to say “Thank you, teacher” and yet putting us down if we continue to teach. We choose to teach, which means we choose as well to live simply, raising our children and our students to value learning and the more intangible pleasures of life.