on October 1st, 2015 Posted By BG in World News
by Brett Henebery - The Educator - Australia 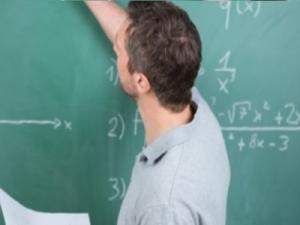 New research by the Australian Catholic University (ACU) of ABS Labour Force data has revealed that for the last 20 years as few as one in five Australian primary school teachers have been male.

The ACU reviewed the country’s most populous states and found that in 2014:

ACU associate professor, Dr Philip Riley, told The Educator that while the reasons behind a lack of male teachers vary, the combination of a rise in contract employment and the perception of teaching as a gendered role are major contributing factors.

“The rise of contract employment means people are thinking twice about both entering and staying in teaching,” Riley told The Educator.

“The more a profession is perceived as gendered the more it becomes so. When jobs – such as nursing – are seen as predominantly female they tend to become devalued and low status which affects men more than women.

“Teaching is seen as predominantly female”.

Riley, who leads the Australian Principal Health and Well-Being Survey, said that “teacher bashing” in the media is also an issue.

“When added to the other factors, this means you need to be very keen to enter,” Riley said.

So what can be done to better encourage more males to consider a career in teaching?

Riley said that teaching must be spruiked as “a high status job” by addressing the points above.

“It has to be a bipartisan long-term approach. This is what Finland did 40 years ago, and look at the benefits now,” Riley said.

“It is widely recognised that male teachers can play a positive role in school communities,” Aspland said.

“Studies by Australian researchers indicate that both boys and girls benefit with male teachers acting as strong role models and even father figures.”

Aspland added that boys seek an adult to relate to and confide in especially as they approach puberty and girls gain an understanding of how to interact with men, which contributes to developing their self-image.

“These roles are critical as our children develop. The trouble is for too long too few young men have been choosing to become a teacher,” Aspland said.