on October 1st, 2016 Posted By BG in World News
By Rosena Jordan - President INTO 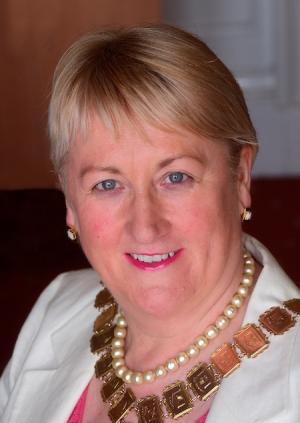 Classrooms are a microcosm of society. In our schools, children learn the stories they will tell themselves for the rest of their lives, stories formed from the material they have around them.

What will today’s primary children tell themselves about gender?

Men have been steadily disappearing from Irish classrooms since the 1970s. In 1961, nearly 40pc of primary teachers were male. Today it is below 15pc.

What message does that send to our children? Will they learn that the primary classroom is no place for young men?

It’s a problem that has so far defied solutions, although efforts have been made to encourage men into the classroom. A 2006 report, ‘Males into Primary Teaching’ looked at the reasons why men are not becoming primary teachers. Among the reasons put forward were the stereotyping of primary teaching as a feminine role, the long pay scale, limited opportunities for promotion, and poor Irish results by boys in the Leaving Certificate.

The report recommended setting targets over five and 10 years to increase the number of men becoming primary teachers. It also suggested a campaign to encourage people to consider teaching as a career option. The intentions were good, but the dropping numbers have shown no signs of turning around. New thinking is needed.

Much has been done to rid the profession of crass gender discrimination and doubtless there is more to do. Yet despite this good work the question remains, in a workforce that is 85pc female, why are women not taking on the role of principal?

For both men and women, the heavy workload associated with being a primary school principal is off-putting. There’s widespread perception among teachers that the small pay increase that comes with the job doesn’t come close to matching the increased responsibility and workload. The workload is compounded by the lack of other promotion in schools. In-school management teams have been decimated, meaning more and more responsibility falls solely on the principal. There’s too big a jump from classroom teacher to principal.

Family responsibilities are also a barrier. An Irish National Teachers’ Organisation (INTO) survey found 72pc of respondents believed that taking up the job of school principal would impact negatively on family life. That belief was more common among females than males. Women were also more likely than men to take job-sharing positions or career breaks to take on caring responsibilities.

The survey clearly showed two factors with the potential to increase interest in school leadership: a reduction in bureaucracy and an improved work/life balance.

Neither is the issue of gender inequality confined to primary education. In 2014, Dr Micheline Sheehy Skeffington, won a case against her former employer, NUI Galway, for gender discrimination in failing to promote her to senior lecturer. In 2009, women held only 10pc of senior lecturing posts in Ireland, one of the lowest rates in Europe.

The glass ceiling across all levels of Irish education will be discussed this weekend at a conference with the theme, the Impact of Gender on Career Progression, organised by the INTO. Dr Sheehy Skeffington will be one of the presenters.

The conference will give an opportunity to reflect on and contribute to the conversation on gender. Maybe, with fresh thinking, we can change the story of gender told in Irish classrooms.